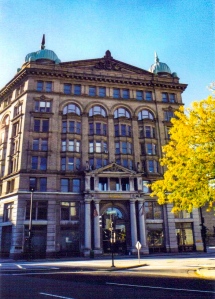 Staying at a hotel in downtown Milwaukee that used to be a Gimbels department store gave me easy access to many of the city’s best attractions, including the remnants of its Gilded Age. Industrious immigrants, including a tidal wave of Germans and other Eastern Europeans, boosted the city’s population so that, by 1900, it was the 14th largest city in the United States. The work of these determined newcomers coincided with America’s explosion of industrial achievements and economic expansion, and they left behind a legacy of fantastic structures in their “German Athens.” Read about the top five buildings in Milwaukee > 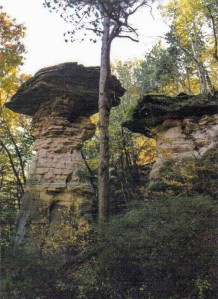 If you can get past the garish attractions and crass commercialism littering the small city of Wisconsin Dells, Wisconsin — the mini golf courses, the cheap motels, the haunted houses, the axe throwing, the world’s highest concentration of water parks — you’ll receive a handsome reward. Declared a State Natural Area in 1994, the Dells of the Wisconsin River is one of the most scenic and unspoiled spots in the entire state, and, ironically, the place that begat all that tourist tat to begin with. Read more > 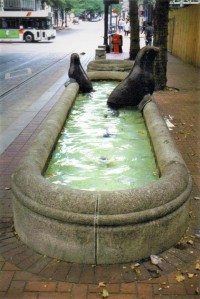 Herman Melville said it best in Moby-Dick: “A good laugh is a mighty good thing, and rather too scarce a good thing.” Published in 1851, Melville’s statement could not be more pertinent today. Let’s face it: In light of a disturbing pandemic, food and hand sanitizer shortages, insufficient health care procedures, quarantines, and a constant barrage of bad news and “Breaking News” from CNN that instantly makes you think, “What fresh hell is this?!”, we need a good laugh to relieve the tension, if only for a moment or two. Without further ado, from my travels around the world, here are the top five sights that will make you laugh > 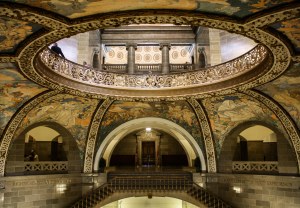 As Washington, D.C., continues to fail to deliver meaningful, beneficial change to the vast majority of Americans, state governments step up to fill in this appalling lack of action. From minimum wage increases to environmental legislation, governors and state senators and representatives enact changes on a local level. And many of them around the country get to do that in what is very often the most beautiful building in the capital city of their respective state. From domed cruciforms to tower skyscrapers, from a circular structure to a building that looks like a French palace, U.S. state capitols are brimming with history and run a gamut of architectural styles (some more successfully than others). Read about the top five capitols in the United States > 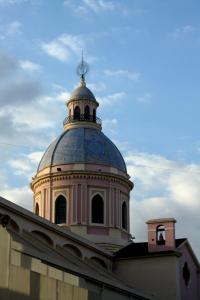 Domes. They’re one of the world’s most versatile architectural elements. Whether they’re topping iconic buildings like the Dome of the Rock in Jerusalem, St. Basil’s Cathedral in Moscow, and the Taj Mahal in Agra, India, or they’re the buildings themselves, ranging from Eskimo igloos to Central Asian yurts to the geodesic dome in Henry Doorly Zoo in Omaha, Nebraska, domes add that final splash of panache to our built environments. Found throughout the world, they seem to be appreciated by just about everyone as the perfect way to top off a building in a graceful, elegant style. Read more about the world’s top five domes > 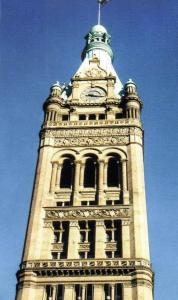 Milwaukee’s sudsy past — when breweries such as Miller, Pabst, and Schlitz were filling up millions of barrels of beer every year, and the titular characters in Laverne & Shirley worked as bottlecappers in a brewery — has given way to a less foamy present (although it remains one of the best places to grab a cold one). The city’s Major League Baseball team’s name still conjures up those days of countless brewers, but the old “Beer Capital of the World” offers visitors so much more than a refreshing pint. From a museum of Harley-Davidson motorcycles to countless ethnic street fairs to one of the world’s largest music festivals, Milwaukee proved to be one pleasant surprise after another. These are my top five things to see and do in Wisconsin’s largest city > 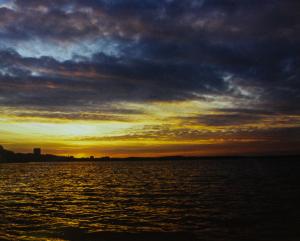 Consistently ranked as one of the most livable small cities in the United States, Madison, Wisconsin, has much to admire, including a grand capitol, dozens of parks, the sprawling campus of the University of Wisconsin, and an enviable setting between lakes Mendota and Monona. The Mendota Lake House B&B takes full advantage of this wonderful isthmus locale and emerges as one of the best bed and breakfasts in the capital of the Badger State. Read more >