The threat of yet another idiotic government shutdown in Washington, D.C., was endangering my plan for the next day while I was traveling around Mississippi. If the shutdown proceeded, national parks would close, and I had already planned to spend multiple hours at Vicksburg National Military Park. Fortunately, saner heads prevailed, the shutdown was averted, and I found the gate to the park opened when I arrived — the entrance into one of the top Civil War historic sites in the United States. Read more about it >

One of the oldest houses in the United States, circa 1737, was almost wiped off the map when Hurricane Katrina struck the Gulf Coast in 2005 and demolished huge swaths of the very vulnerable city of Biloxi, Mississippi. Yet, this venerable building — nearly 400 years old and now the home of Mary Mahoney’s Old French Restaurant — survived, but not without some scars: A line above the fireplace mantle in one of the dining rooms indicates the highest level of the floodwaters, and occasional gusts of wind rattled both the windows and my waitress, who looked apprehensively outside, the roar of Katrina’s locomotive strength permanently etched in her memory. Read more about this unique Southern restaurant > 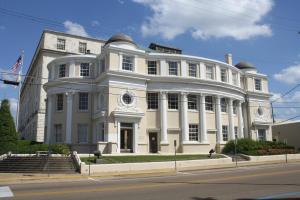 Around this time of year 155 years ago, the city of Vicksburg, Mississippi, was under siege in a pivotal Civil War moment. A Union victory here, the last major Confederate stronghold on the Mississippi River, spelled the beginning of the end for the South. The city survived, however, growing into a major trading center that relied on steamboat traffic and erecting impressive structures that reflected its boom and that still survive today. Read more about the top five buildings in Vicksburg, Mississippi > 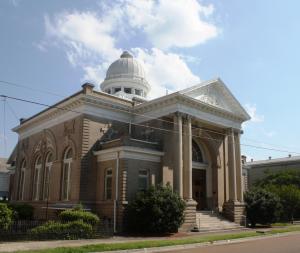 With a population that has been almost halved since its peak of only about 24,000 in 1960, Natchez, Mississippi, could easily become a forgotten, dying backwater along the Mississippi River. But its rich history, grand setting, elegance, and hospitality help maintain its relevance as one of the South’s most charming cities, particularly for those interested in heritage tourism. At the city’s zenith, more than 500 millionaires called it home — more than any other U.S. city except New York. They left behind a treasure trove of outstanding architecture that still lures a steady stream of visitors, including me, who come to gape at more than 600 antebellum structures — the largest collection in the United States. Read more about the top five buildings in Natchez > 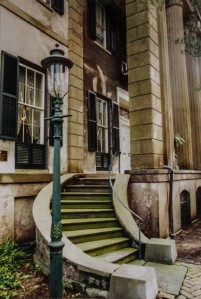 Designated historic districts in cities throughout the United States provide a tangible glimpse into their past as well as the opportunity to experience a unique urban environment. Long before the era of modern, uninspired skyscrapers and insipid glass-and-steel boxes that increasingly make cities less distinguishable from one another, these places developed as areas not to be mistaken for any other. Thanks to historic preservation movements and landmark commissions, they survive today to entertain, educate and enchant us. These are my top five historic districts in the United States. Read more > 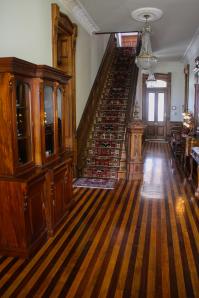 My interest in the past is always piqued whenever I travel in the Deep South, where everything seems to drip with history like Spanish moss off a Southern live oak tree. So when I chose to stay at the Baer House Inn in Vicksburg, Mississippi, I knew I would be lodged in refined and comfortable accommodations in the heart of a city brimming with all kinds of references to yore, from its rough-and-tumble era with rampant gambling and prostitution that would ultimately give birth to the term “kangaroo court” to its pivotal role in the Civil War. What I didn’t expect, however, was the utterly engrossing story of the Baer House itself and how one very spirited daughter of Jewish immigrants got her ultimate revenge on her wealthy, controlling mother. Read more >