One of the religious highlights of the Lenten season is walking the Stations of the Cross. Christians can follow Jesus’ last hours on earth via 14 stations, from His condemnation to death through His march to Calvary and ultimately His body being placed in the tomb. In Christian churches around the world, these images line the walls, often with seven on one side of the church and seven on the other. Regardless of their simplicity or complexity, they are all works of art. Read about the world’s best Stations of the Cross >

By 2029, an estimated 9,000 religious spaces in Canada will be lost—victims of harsh weather, evaporating congregations, abandonment, deterioration, and deliberate razing. That’s nearly one-third of all the ecclesiastical buildings in the entire country, so you better hurry if you want to see some irreplaceable structures before they’re gone forever. Fortunately, my favorites (except one) seem pretty secure…for now. Read about the top five churches in Canada >

I was using Vancouver as my base to explore a small part of southwestern British Columbia. It was a wise choice, making access to Victoria, the Sea-to-Sky Highway, and multiple hiking and nature adventures simple. It was also a wise choice for staying local, because this highly livable city is both bustling and laid back, with plenty of things to see, from a colorful Little India to excellent museums to Stanley Park, one of the world’s best urban parks—and to some very impressive architecture just waiting to be admired among all the glass and steel skyscrapers. Read about the top five buildings in Vancouver >

As one of the most multicultural cities in the world, Toronto, Ontario, is home to people from nearly every country around the globe. From excellent cafés to ethnic eateries, Toronto and its residents, representing more than 230 nationalities, offer up just about every cuisine you can think of. One restaurant that rises to the top is The Sultan’s Tent & Café Maroc, where the compelling décor goes hand in hand with the exceptional menu. Read about it > 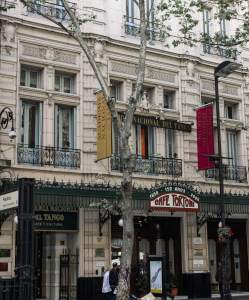 You’re ready to start your day with a light breakfast. Or you’ve been working your way through the morning sights and need a little midday nourishment. Or you’re up for a late evening cup of coffee and something sweet. No matter what time of day, a welcoming café invites you in with a tempting menu and a closer look at local customs, and the best ones do it in fine style. Read about the top five cafés >

When riding public transportation became a dodgy activity during the pandemic, carless people began switching to bicycles in droves, causing a severe shortage in supply. And now, with spring in full bloom, hopping on two wheels becomes an even more attractive way to get around. Beyond just a mode of transportation to help you accomplish your daily errands, a bike ride for the casual cyclist is also a terrific way to explore a new destination. Read about the world’s top five bike rides >

Just outside of Edmonton, Alberta’s largest botanic garden unfolds over 200 acres. More than 60 years old, it’s a peaceful place to wander among myriad trees, flowers, plants, seasonal edibles, and a terrific Japanese garden. It’s also the home of some serious botanical research by the University of Alberta. And it gets even better when you stumble upon the annual apple workshop. Read about the University of Alberta Botanic Garden > 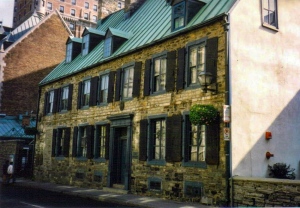 A French enclave on an English-speaking continent, Québec is a wonderful anomaly. Although Montreal is the Canadian province’s economic powerhouse, Québec City is its solid, more obvious connection to its French past, and its present — French is still the native language of more than 90 percent of its half-million citizens. Roaming its streets and alleys of low-rise stone houses, magnificent churches, and tempting cafés, I couldn’t help but feel transported to 18th- and 19th-century France. Among its beautiful edifices, there’s one building that’s so iconic to the city that it’s impossible to think of one without the other, and that you’re anywhere but in the capital of Québec. Read about the top five buildings in Québec City >

Banff, Alberta, was one of the first places I remember ever wanting to see. It took a few decades, but I finally put together a two-week loop around Alberta that started in Edmonton and ended in Calgary, with gorgeous Banff nicely sandwiched between. During that time, I reveled in Alberta’s unmatched scenery — ice fields, waterfalls, dramatic mountains, deep lakes, and deeper forests. But I also was treated to some striking architecture that adds even more interest to this western Canadian province. Read about the top five buildings in Alberta >

If I had known better, I would have dedicated more than one day in Stanley Park. But that’s in hindsight. In the present, however, I was marveling at everything about Vancouver’s first park, created in 1888 on lands used by indigenous peoples long before the British came and created the British Columbia colony. Sweeping views, nature in the heart of one of Canada’s largest cities, plenty of attractions — you will find it all here in the biggest park in the city and one of the most beautiful urban parks in the world. Read more about it >