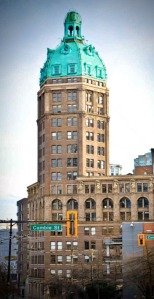 From its rugged Pacific coastline to its dramatic Rocky Mountain spine, British Columbia is one heck of a beautiful Canadian province, ideal for athletes and nature lovers. But urbanites shouldn’t feel excluded in this vast, wild region. They’ll feel right at home in the two largest cities, Vancouver and Victoria, that teem with cultural events as well as some impressive architecture. Read about the top five buildings in British Columbia > 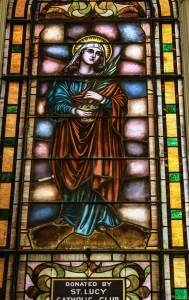 On the Feast of St. Lucy, celebrated on December 13, followers of the Catholic, Anglican, Lutheran, and Eastern Orthodox faiths venerate the Christian martyr who died a virgin at age 21 in 304. Patron saint of the blind and visually impaired, Lucy’s fame spread around the world, from celebratory processionals in Scandinavia to Dante’s Divine Comedy to the naming of St. Lucia in the Caribbean. I had the good fortune to view the saint’s body, enshrined in a glass-front coffin, in the Church of Sts. Jeremiah and Lucy in Venice, Italy, in 2008, but before and after that, I’ve always been intrigued by how she’s treated in art. Read about the top five artistic depictions of St. Lucy >

In the golden age of movie theater construction in the United States between 1910 and the 1940s, moviegoers were treated not only to the featured film, but also a host of collateral offerings, from live music accompaniments to shorts to news reels. And they got to enjoy all of it in sumptuous surroundings that puts modern multiplexes to shame. It’s like comparing watching a movie in a palace to watching one in a boxcar. One theater that brought unimaginable opulence to the general public was Atlanta’s Fox Theatre—an intended Shriners auditorium turned movie palace that went bankrupt less than three years after opening in 1929 and ultimately faced the wrecking ball. Today, it’s one of Atlanta’s most beautiful attractions. Read about Fox Theatre >

In 1900, nearly the entire population of Finland belonged to the Evangelical Lutheran Church. Today, only about two-thirds identify with that faith. That’s not the only thing that has changed: Just under one-third have no religious affiliation at all. One thing that has not changed, however, is the beauty of the churches where Finns (although not as many) go to attend to their spiritual needs. Read about the top five churches in Finland >

George Browne Post should be a household name, but for most people, he is not. And that’s a shame. Post (1837–1913) was one of the United States’ most prolific, most creative, and most respected architects. We can curse the evil wrecking ball for shunting Post to the forgotten architects bin. If you were to scan a list of all his brilliant works, far too many would bear an asterisk with the note “demolished”: the Erie County Savings Bank in Buffalo, New York; the Cotton Exchange, Western Union Building, World Building, and Collis P. Huntington Mansion in New York City; the old Borough Hall in the Bronx, New York; the Bonner-Marquand Gymnasium at Princeton University; the Prudential Building in Newark, New Jersey; the Bank of Pittsburgh—all gone. Those that remain, however, are reminders of Post’s enviable talents that attracted such clients as Cornelius Vanderbilt, Joseph Pulitzer, and The New York Times. Read about the top five works by George Browne Post that still remain > 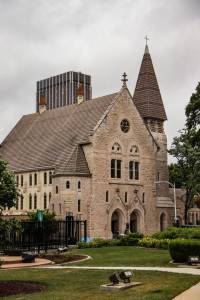 More than one thousand churches are scattered around Atlanta, Georgia. The destruction of the Civil War did away with the oldest ones, so all of those that I was admiring were erected after 1865. It’s not uncommon to see clusters of them in, say, a two-block radius—churches built for different denominations and faiths—which makes it exceptionally convenient to cast a not-so-wide net and still visit an abundance of these beautiful buildings. Read about the top five churches in Atlanta >

Chartered in 1856, Sioux Falls didn’t take very long to swell into the largest city in South Dakota. With a population growth over 10% every decade since 1910, the city started erecting fantastic buildings almost from its earliest days. Many of them, from municipal masterpieces to residential gems, still survive as some of the city’s defining structures. Read about the top five buildings in Sioux Falls, South Dakota >

Classes are about to start again (cheers from parents, groans from their children). For travelers, it’s the perfect time to visit college campuses as they return to life. These academic oases can draw you in with special events, performances, and exhibitions that are open to the public, whether it’s at the Michael C. Carlos Museum at Emory University in Atlanta or at the Nitobe Memorial Garden at the University of British Columbia in Vancouver. But even if nothing is going on, I’ve found that their inviting grounds and attractive buildings remain appealing all year long. Read about the top five college campuses > 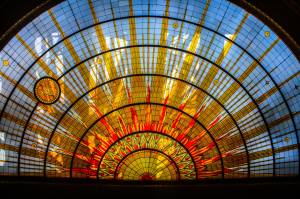 We rarely give much thought to the ordinary glass objects around our homes—our windows and mirrors, baking dishes and light bulbs, orange juice pitchers and cereal bowls. But once you start to consider its myriad uses, from the mundane to the extraordinary, you’ll develop a new appreciation for this versatile material that begins with melted sand and ends up as fantastic artwork. Read about the world’s best glassworks >

The compact downtown area of Montpelier, Vermont, tucks a lot into it: farm-to-table dining establishments, independently owned shops, history, natural beauty, cultural attractions. Strolling among them is delightful, especially if you appreciate architecture. The city has a surprising number of noteworthy buildings, belying its diminutive size. Read about the top five buildings in Montpelier, Vermont >