Traveling around the eastern half of Kansas, I found that there always seemed to be a church steeple on the horizon somewhere, whether popping up over a small town or making up a key element of an urban skyline. Like tempting beacons, I was lured to them and was never disappointed by their beauty, and by the surprises they contained. Read about the top five churches in Kansas >

Garden cultivation of roses began several millennia ago, starting way back in Babylon, ancient China, and the Roman Empire. Long admired for their color, their fragrance, and their beauty (some royalty used them as legal tender in the 17th century), the world’s most popular flower has achieved fame not only in horticultural circles, but also in song (“Yellow Rose of Texas”; “Every Rose Has Its Thorn”), war (The War of the Roses), adages (“bed of roses”; “I never promised you a rose garden”), and cinema (The Rose; The Rose Tattoo). This international symbol of love is tended to in dedicated gardens around the world, some of which have truly perfected the art. Read about the world’s top five rose gardens >

Festivals are one of the best ways to spend your time outdoors when traveling. You’ll experience a locale at its most joyous, most authentic, and most relaxed, and you’ll have ample opportunities to mingle with the locals. Case in point: a two-day celebration of Swedish culture in the U.S. Midwest called Svensk Hyllningsfest. In Lindsborg, Kansas, you’ll get to meet the friendly residents while experiencing the richness of Sweden that has been the hallmark of this small city since the mid-1800s. At the end of the festival, you’ll say that it was lagom—not too little, not too much, but just the perfect amount. Read more about it > 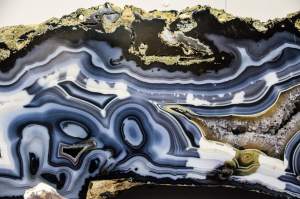 Egyptologist? Archaeologist? Paleontologist? Historian? Numismatist? Photographer? Mineralogist? No matter what (or how old) you are, it seems the Museum of World Treasures in Wichita, Kansas, has something for everyone. Since its founding in 2001, the museum has assembled a tremendous number of riches from around the world, from prehistoric fossils to Frank Sinatra’s tunes. Read about it >

I had spent enough time indoors in Topeka, Kansas, with visits to the wonderful Kansas Museum of History and to the neo-classic Great Overland Station, and an acrophobic climb up the spiral staircase to the outdoor observation platform at the state capitol, one of the top five capitols in the United States. Now it was time to head outdoors, and I hopped in my rental car to the city’s fantastic Gage Park, where Topekans and visitors of every age can enjoy an entire day outside. Read more about Gage Park >

Within a couple of blocks from the wonderful Hotel at Old Town in Wichita, Kansas, I found a terrific place for breakfast (Egg Cetera) to start my day, and an equally terrific place for dinner — Larkspur Bistro & Bar — to finish off the day of exploring this historic district with a dinner distinguished by a remarkable fusion of flavors and textures in a warm and friendly setting. Read more >

As Washington, D.C., continues to fail to deliver meaningful, beneficial change to the vast majority of Americans, state governments step up to fill in this appalling lack of action. From minimum wage increases to environmental legislation, governors and state senators and representatives enact changes on a local level. And many of them around the country get to do that in what is very often the most beautiful building in the capital city of their respective state. From domed cruciforms to tower skyscrapers, from a circular structure to a building that looks like a French palace, U.S. state capitols are brimming with history and run a gamut of architectural styles (some more successfully than others). Read about the top five capitols in the United States >

Old Town in Wichita, Kansas, attracted me right from the start. I explored this revitalized neighborhood by walking along the brick streets, among the brick and native-limestone warehouses from the mid-1800s that have been converted into businesses, restaurants, loft residences, and shops. As its appeal grew, I couldn’t have been more pleased to be staying in the heart of it, at Hotel at Old Town, itself a transformation from the city’s largest warehouse to one of Wichita’s top accommodations. Read more about it > 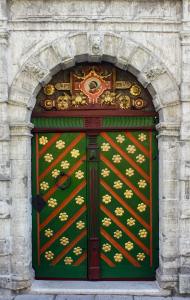 We pass through doors countless times every day — in our home, our workplace, the subway, elevators, barns, garages. Most are fairly unremarkable, utilitarian means of egress. But every now and then, a masterfully crafted door stands out in the crowd, arresting our attention, hinting at something remarkable behind it and enticing us to go inside and discover the treasures or surprises awaiting us on the other side. These are my top five doors in the world. Read more >