Founded exactly 300 years ago in 1718, New Orleans has borne witness to a tumultuous past, both distant and recent. As part of the kingdoms of both France and Spain, then of the French First Republic, and finally of the United States, with a blip of a few years in the Confederate States of America, New Orleans has witnessed war in both the Battle of New Orleans in 1814–15 and the Civil War, reconstruction, slavery and Jim Crow, and a catastrophic hurricane named Katrina. Through it all, its vast gallimaufry of peoples — from Irish to Haitian to Brazilian and just about everyone else in between — has merged into a fascinating mélange of cultures and traditions, giving rise to an entire musical genre, a unique cuisine, and an abundance of attractions and activities bound to keep you engaged. These are my favorites.

#1 Amble Around the French Quarter 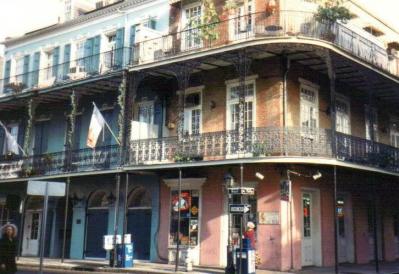 By far the most popular destination in New Orleans, the French Quarter is irresistible for so many reasons. The oldest section of the city suffered comparatively little during Hurricane Katrina, much to the relief of both the city’s tourism industry, which rakes in a healthy $5.5 billion every year, and those who come to visit. Jazz always seems to be playing. Street performers attract big crowds. Wrought-iron railings on second- and third-floor balconies of buildings from the early 19th century add untold charm. People fill the restaurants and bars along famous, and sometimes infamous, Bourbon Street. The French Market packs six blocks of shopping into a historic setting. The Audubon Aquarium of the Americas transports you to life undersea, while the steamboat Natchez keeps you up top with cruises along the Mississippi River. And if you’re here during Mardi Gras, you’ll be witness to arguably the greatest human spectacle of floats, costumes, and bead throwing in the United States.

#2 Revisit the Past in Jackson Square

Declared a National Historic Landmark in 1960, Jackson Square could be considered the city’s second birthplace. Although New Orleans was founded in 1718, it was at this site in 1803 that it officially became part of U.S. territory pursuant to the Louisiana Purchase. There’s quite a bit to see here, especially if you’re a history or architecture buff, including the equestrian statue of the square’s namesake, Andrew Jackson, hero of the Battle of New Orleans, smack in the middle. St. Louis Cathedral, the oldest cathedral in the United States, dominates the square with its white façade and sleek steeples. To one side stands the Cabildo, the old seat of Spain’s colonial city hall, now the Louisiana State Museum; to the other, the Presbytère, a former ecclesiastical house, commercial building, and courthouse, and now also part of the Louisiana State Museum. On two sides of the square, the matching Pontalba Buildings — four-story structures from the 1840s with cast-iron balcony railings, shops and restaurants, and the oldest continuously rented apartments in North America — balance each other perfectly. At opposite corners of the fourth side you’ll find the castle-like Jax Brewery building and the famous open-air coffee shop Café du Monde. In between, ascend the staircase for grand views of both the square and the Mississippi River. Art vendors and street performers frame the entire square. If you want a succinct snapshot of what New Orleans is and has been, this is where to see it all in one place. 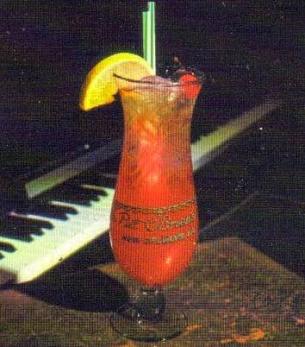 One of the premiere U.S. cities for devout foodies, New Orleans teems with a wide variety of options for the voracious epicure, with a heavy — and delicious — focus on Creole and Cajun cuisines as well as soul food and seafood. From morning through the night, I ate and drank my way through the city’s culinary offerings, from inexpensive local establishments to high-end restaurants. Breakfast should begin with a couple of classic beignets dusted with powdered sugar and some café au lait. Lunch may be one of the city’s inventions — a muffuletta sandwich (created Italian immigrants to New Orleans) or the humble po’boy — or a more hearty gumbo. Dinner could involve an extravagant jambalaya with andouille sausage or crawfish, dirty rice, New Orleans creation oysters Rockefeller, and, of course, more of the city’s inventions: bananas Foster and doberge cake. The signature hurricane (a concoction of white and dark rums, passion fruit syrup, and lemon juice that goes down far too easily) is the drink of choice, especially at Pat O’Brien’s, where it was invented, but you can also imbibe in some locally brewed beers or yet another Crescent City original — a strong mixture of cognac, rye, vermouth, Bénédictine, and bitters called a Vieux Carré. After a few of these, you may not remember what you did all day, but you’ll be sure you had a good time.

So close but yet so far from the colorful, often boisterous French Quarter, the Garden District provides a serene respite from the Big Easy’s big draw. Just a short ride on the St. Charles Streetcar brings you to this neighborhood of impressive homes and leafy streets. Originally developed between 1832 and the end of the 19th century, the Garden District attracted the city’s most prosperous, who erected opulent houses that compose one of the best-preserved collections of historic mansions in the South. As I strolled around this compact residential area of about only 2,000 citizens that was largely spared from the ravages of Hurricane Katrina, I was impressed by some of the larger domiciles, including the old Davis House (1859), which is now home of the Women’s Guild of the New Orleans Opera Association; Buckner Mansion (1856); the Bradish Johnson House, an 1872 mansion constructed for a Louisiana sugar planter; and Colonel Short’s Villa, an antebellum estate built in 1859 that was commandeered by Federal forces during the Civil War and that features a gorgeous cast-iron fence with a cornstalk design. Celebrity gawkers may also keep an eye out for homeowners Sandra Bullock, Nicolas Cage, John Goodman, Anne Rice, and football royals the Mannings.

#5 Get Goose Bumps at Lafayette Cemetery No. 1 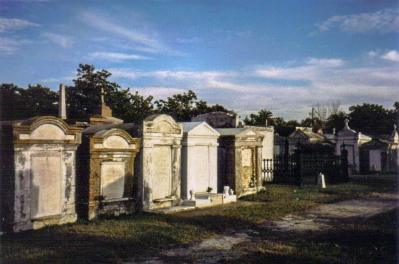 Occupying an entire city block within the Garden District, Lafayette Cemetery No. 1 is the oldest of seven city-operated burial grounds in New Orleans. It’s also one of the spookiest in the United States. Opened in 1833, the non-denominational non-segregated cemetery was designed in a cruciform pattern with two intersecting main aisles lined with magnolia and oak trees. More than 7,000 people lie at rest here, all of whom are interred in above-ground sepulchers and vaults. The verticality of the decaying crypts, along with prolific greenery, impinges your line of sight, and you never know what may be lurking just around the corner. Perhaps you may encounter the spirits of an entire family wiped out by yellow favor, or those of German and Irish immigrants who toiled at labor-intensive jobs, or those of residents of the New Orleans Home for Incurables, a place of refuge and comfort for people with severe mental or physical deformities or diseases who were considered hopeless and abandoned by their families — or you just may run into a hardcore, costumed fan of vampires and Anne Rice, who tapped the cemetery for her novels. Throughout, keep a watch for funerary symbols on some of the tombs: A broken flower represents the end of life; an hourglass with wings represents the passage of time and shortness of life; a broken column indicates a life cut short; and a “No Cross No Crown” that sums up the Christian belief that if you don’t accept life’s burdens (the cross), you don’t get Heaven’s rewards (the crown).