The pale blue walls were somewhat effective in giving the impression that the room was cooler than it actually was on a hot, humid evening. But it was the outdoor terrace, with columns, arches, balustrades, torches, and ceiling fans, that beckoned customers, and I soon joined them to enjoy an excellent meal and the pleasing scent of beach and sea.

Named for Columbus’ son, who accompanied his father as they sailed past the Cayman Islands on their voyages, Ferdinand’s Caribbean Café is a casual Caribbean restaurant focused on local comfort foods, spices, and flavors. Like everywhere else in Grand Cayman, the laid-back and unhurried vibe permeates this restaurant, letting you indulge in a languorous dinner as you watch the sun melt into the Caribbean Sea. 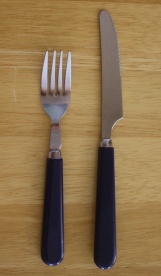 Try This: Your choice for an appetizer comes down to either the heirloom tomato and compressed watermelon salad with feta cheese, mint, lime, Cayman sea salt, and a balsamic glaze, or the jerk chicken quesadillas, with a corn salsa, black beans, pepper jack and cheddar cheeses, homemade guacamole, pickled jalapeños, sour cream, and hot sauce. All of the entrées sound fantastic, particularly the Tortuga rum and mango pork ribs, but I opted for the pan-seared local snapper with roasted tomatoes, asparagus, and brown butter, served with a generous pile of french fries. Then, cool down for the rest of the night with a frozen island key lime pie with whipped cream and berry sauce.