Seven main islands, and a few smaller ones, compose the Canary Islands, an autonomous community of Spain floating in the Atlantic Ocean off the coast of West Africa. Of these, I spent one day on La Gomera, but most of my week here was dedicated to Tenerife, the economic and cultural center of the archipelago. Its 785 square miles are packed with plenty of diversions to round out your vacation, from outdoor activities like rigorous hikes and lazy sunbathing, to whale watching and slave-trade sites. These are my favorites.

#1 Be Awed by Martian Landscapes at Teide National Park 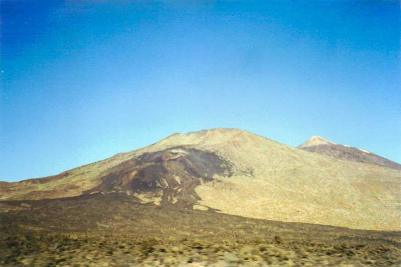 I was surprised to learn that Teide National Park, the largest and oldest park in the Canary Islands, is also the most visited national park in Europe and the eighth most visited in the world. After being here all of two minutes, however, I easily understood why. Established in 1954 and named a UNESCO World Heritage Site in 2007, the 73-square-mile park is famous for at least three things: (1) Mt. Teide, the highest mountain in Spain, at 12,200 feet, a towering volcanic formation that last erupted in 1909; (2) Roques de Garcia, surreal rock formations left over from volcanic eruptions; and (3) Cañadas del Teide, the giant 30-mile-wide crater (one of the largest in the world) in which Mt. Teide and the roques sit. At about 6,500 feet above sea level, the park boasts perennially blue skies and the purist air. I felt as if I had landed on Mars rather than a sun-kissed holiday hotspot; indeed, the similarities to our neighboring planet are so strong that the park has become a scientific center for studies of the red planet. Hollywood, too, has capitalized on its other-worldly appearance, casting it in such movies as Mad Max, The Return of the Jedi, and Planet of the Apes. 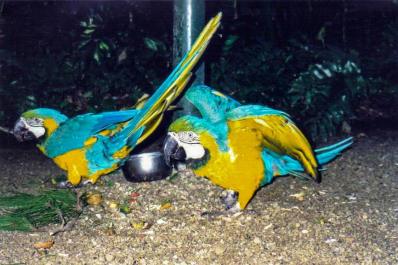 I entered this 33-acre zoo just outside Puerto de la Cruz and immediately, and unexpectedly, found myself in Pueblo Thai, the largest Thai village outside of Thailand. Opened in 1972, Loro Parque (Parrot Park) provides endless amusement, courtesy of some of our most entertaining, and intelligent, animal friends. Plan your day here around the daily scheduled shows starring bottlenose dolphins and California sea lions. Then spend a couple of hours wandering around an aquarium with 12 different thematic exhibitions submerged in 317,000 gallons of water, the world’s largest “penguinarium” (with hundreds of penguins waddling around a huge iceberg on real snow), and the largest shark tunnel in Europe, as well as a sweetly fragrant orchid garden. And then dedicate a good deal of time visiting the park’s namesake. Four thousand parrots representing 350 species and subspecies — the largest collection of these remarkable birds in the world — make Loro Parque their home. Blue-headed parrots, rose-ringed parakeets, golden-collared macaws, palm cockatoos, yellow-crowned amazons, keas, and so many others are here to fascinate you with their colors, curiosity, and habits. And the friendlier ones will greet you, in Spanish: “Hola!” 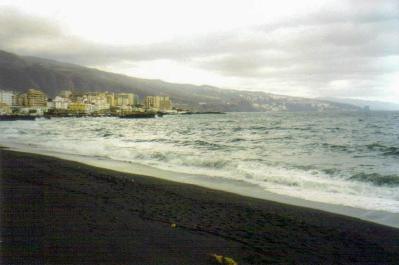 I drove to Candelaria to see the basilica with the black Madonna, but I was just as impressed by the city’s soft black-sand beach, guarded by nine giant bronze statues of the Guanches, the island’s original inhabitants — blond, blue-eyed, fair-skinned — that represent the last nine aboriginal kings before Spain conquered Tenerife. I relaxed on the Playa de las Teresitas, where 270,000 tons of golden-yellow sand (one of the top five yellows in the world) were imported from the Sahara Desert in 1973 to create the beach, and a breakwater more than half a mile long was added to ensure the protection of the sand from the waves that would carry it out to the Atlantic Ocean. Then there’s the Playa La Tejita, with a red mountain looming up at one end; the private feel of sheltered Playa Abama; Playa Jardin, fringed by cacti and palm trees; quiet La Caleta, away from hordes of tourists…. The list goes on, giving you ample opportunities to throw down a towel, splash on some sunblock, and unwind on quite a few beaches of distinction.

#4 Discover the Secret of Water in Pini Forest 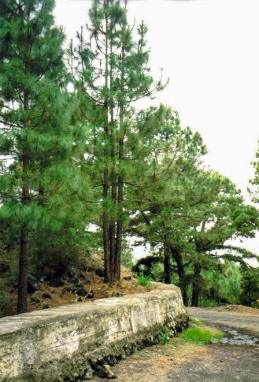 Aside from being a pleasant, and aromatic, spot for a hike, a visit to this primeval pine forest — age: three million years — reveals the mystery of Tenerife’s water supply. The island has no lakes, no streams, no rivers. So, where does its population of nearly 900,000 get its water? The Canary Island pine trees, which can grow up to 131 feet tall, as explained to me by my guide for the day. Each extremely long needle on these trees has three parts, not the usual two. One side of each needle is smooth; another is rough. The rough side is actually microscopic teeth that trap moisture from the clouds that are caught in the more mountainous northern part of Tenerife as they come off the Atlantic Ocean. The water flows from the needles through the branches down the trunk to the roots (the exact opposite of other trees), where it is absorbed into the porous volcanic ground. An engineer devised a way to channel that water into small canals that run to purification buildings, where it is sent out in pipes that you’ll see everywhere to all parts of the island. The water level remains fairly constant all year, and the temperature varies by only a few degrees. Mystery solved.

#5 Visit the “Lost Village” of Masca 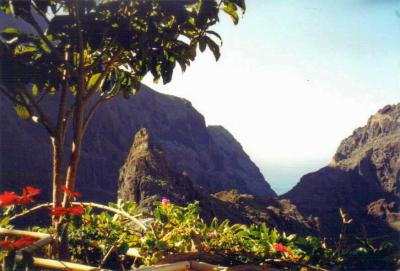 Get a good grip on the steering wheel of your car as you maneuver along the steep, sinewy road that leads up to the small and isolated mountain village of Masca, and be grateful that there’s a road at all. Until 1991, burro was the only means of transportation to get here, and the inhabitants had to take a strenuous three-hour hike just to reach the sea for fresh fish. Now close to two million tourists ascend on this village of 100 people every year, yet it somehow manages to retain an isolated feel. Arrive early before all the crowds show up to enjoy the spectacular views. At an altitude of 2,100 feet above sea level, you’ll be awed by the Macizo de Teno Mountains towering above you and by the torturously bumpy valley below. The single road into town that runs atop the spine of this narrow mountain peak ends at a turnaround where a needle-like rise conjures up images of Machu Picchu. Old stone houses flank the road — many abandoned from when Masca’s population was six times larger; others converted to restaurants (eight at last count) that serve home cooking (the closest grocery store is 40 miles away) and sweet cactus lemonade.