The completely occupied tables on the outdoor patio were the first indication that I had selected a great place for a late breakfast.

Inside, the line of about a dozen customers before me was the second.

Founded by two young brothers, Jonny and Benjy Adler, who operated their crêperie in mobile vehicles for four years, The Skinny Pancake became a permanent establishment just steps from Lake Champlain in 2007. Despite its migratory history, The Skinny Pancake is a truly local endeavor. Buying its meats, vegetables, berries, and cheeses from area farmers is the restaurant’s mission — nearly three-quarters of its purchases come from local farmers and food producers, more than any restaurant of its type in the entire state of Vermont. And the Adlers do it all at very affordable prices for their customers.

As I waited my turn, I took notice of the eclectic décor and equally eclectic crowd. Skateboards were suspended from the ceiling, a map of Vermont with lines pointing to all the farms from which The Skinny Pancake purchases its ingredients hung on one of the walls, and the darkened stage, visible from every seat in the house, remained in silent anticipation of live performances later that night. The wood tables and seats were crowded with groups of sleepy students from the nearby colleges starting to wake up over coffee and animated students who had already guzzled theirs, cyclists with helmets removed fueling up for a trek along the lake, and families planning their busy day.

This is exactly the type of business you want to support, and by the end of your delicious meal, you’ll be happy that you did. 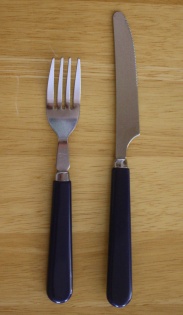 Try This: Ever-changing blackboard menus display perennial and seasonal offerings. You’ll be grateful for the line ahead of you as you struggle to make a choice: In addition to paninis, soups, munchies, and more traditional breakfast fare, more than two dozen crêpe specialties will make you pleasantly indecisive, right down to the type of crêpe batter itself: sweet, savory, whole wheat, vegan chickpea, or buckwheat. If your sweet tooth is hankering for attention, the Hot Apple Crispy Crêpe, with cinnamon sugar, Vermont apples, Vermont honey, and Vermont whipped cream will fit the bill, as will the Brownies in Bed, a skinny pancake wrapped around a warm brownie, ice cream, whipped cream, and house-made chocolate sauce. I was in the mood for something savory, though, and the Cheesy Pesto Crêpe caught my eye — a fantastic crêpe stuffed with cheddar and farm-fresh mozzarella cheeses, and basil–sunflower-seed pesto, along with some local greens drizzled with a house-made maple vinaigrette dressing. You’ll need a beverage, but don’t be sidetracked by the tempting artisan coffees, teas, and juices; simply order the best apple cider you will ever have.

One thought on “The Skinny Pancake (Burlington, Vermont)”