Every once in a while, deep-sea divers discover a previously undocumented creature under the surface of the ocean. In 2015, for instance, a new species of anglerfish — a positively prehistoric-looking aberration to feed your nightmares — was found 5,000 feet below the surface of the Gulf of Mexico. Revelations like that underscore the fact that we still don’t know everything about what occurs — and what lives — fathoms below our surfboards and sailboats, whether it’s a tiny fish no longer than your index finger or some leviathan waiting to terrorize coastal communities (and giving hope to those who believe the Loch Ness monster is more than a really big sturgeon or the product of some charlatan’s photographic wizardry). Aquariums around the world showcase some of these amazing life forms and bring the underwater world to us in fun and educational ways. These are my favorites. 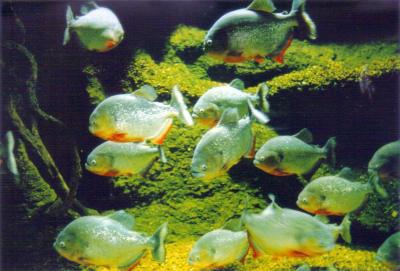 Besieged by mob-controlled casinos, houses of ill repute, peep shows, and adult strip clubs, Newport, Kentucky, had become one of the most notorious places in the state by the first half of the 20th century. In the 1960s, the citizens revolted against the blight and pushed the sleaze out, paving the way for a later redevelopment of the riverfront area, capped by the addition of the incomparable Newport Aquarium in 1999, easily the best aquarium I have ever visited. Located on a bend of the Ohio River across from Cincinnati, the exceedingly well-designed state-of-the-art facility houses thousands of animals from around the world in tanks holding one million gallons of water in 14 unique sections. The first exhibit, “World Rivers,” sets the tone for the wonders to come, with the greatest diversity of life forms in the entire aquarium. It’s followed by such exhibits as “Bizarre and Beautiful,” where I marveled at the truly odd giant Pacific octopus; “Dangerous and Deadly,” with flamboyant lion fish, schools of piranha, and cute but fatal pufferfish; “Gator Bayou,” which recreates a Louisiana bayou setting, complete with a makeshift shack and a footbridge that crosses over a swamp with multiple species of alligators, crocodiles, and turtles beneath me; and “Jellyfish Galley” — the Midwest’s largest jellyfish exhibit — with these singularly peculiar creatures lazily floating in floor-to-ceiling glass cylinders and in tanks with windows surrounded by frames, creating the illusion of ever-changing pictures. “Penguin Palooza” completes the loop around the aquarium, with gentoo, king, and rockhopper penguins swimming like Olympic pros but stumbling around on land like drunken sailors, guaranteed to leave you with a smile on your way out. 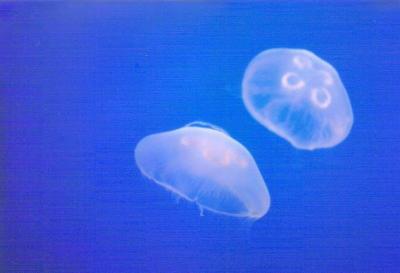 The Vancouver Aquarium attracts both young and old for some very good reasons. Canada’s largest aquarium boasts an important and impressive history: It opened in 1956 as Canada’s first public aquarium, was the first in Canada where a beluga whale was both conceived and born, and was the first aquarium in the world to employ full-time educational naturalists to study and interpret animal behaviors, to be accredited by the Association of Zoos and Aquariums, and to capture and display a killer whale (a practice it no longer follows — the aquarium relies solely on its own animals to breed to keep its exhibits populated). History and education aside, this aquarium is also simply fun, and I was thoroughly entertained by the white-sided dolphins spinning and soaring through the air, playful otters frolicking about, seemingly without a care in the world, and then relaxing by floating on their backs with their forelegs resting idly on their chests, the beluga that does a bit of showing off by popping up from the water only to submerge again and then hoisting his tail and rear of his body straight up into the air, and seals and sea lions exhibiting almost human behavior. While you’re wandering through the southeastern part of the outstanding Stanley Park, make sure you stop here for a few hours of very enjoyable amusement. 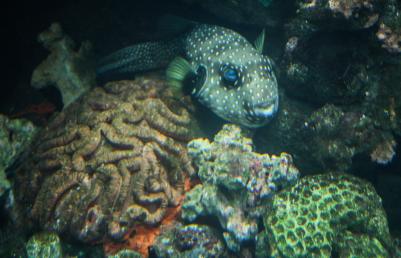 Unofficially started by a local fish-keeping club that began to collect specimens in the basement of the city’s War Memorial Hall, the National Aquarium of New Zealand opened in its permanent home in 1976. It takes advantage of its seaside location by pumping fresh seawater into its saltwater tanks and enclosures on a regular basis. Within walking distance of Napier’s Art Deco city center, the aquarium was the first in New Zealand to hatch both a turtle egg and the world’s oldest living tuatara, a reptile resembling a lizard that’s endemic to the country. Inside, I walked through the 164-foot acrylic tunnel in the Oceanarium, with more than 1,500 fish gliding beside and above me in 400,000 gallons of water. Displays of giant squids, pregnant male seahorses, and colorful living coral visited by countless tropical fish, including the adorably shy clownfish — as well as a bonus exhibit on the New Zealanders’ demonym, the irresistibly cute kiwi — make this aquarium one of the city’s best attractions. 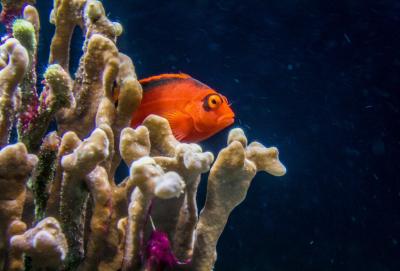 An utter failure when it opened in 1995, today the Florida Aquarium is one of the top aquariums in the United States and an anchor of entertainment in downtown Tampa, a 250,000-square-foot home to more than 20,000 sea creatures as well as admirable education, conversation, and research programs. Open-top tanks that visitors could peer into provide a different perspective to viewing the abundant life in all that H2O. Underwater, intriguing moray eels, purple starfish, a jam-packed coral reef exhibit, graceful stingrays, curiously leafy sea dragons, wispy sea anemones, and one enormous 300-pound grouper typify the diversity to be found in waters around the world. But this aquarium’s collection far surpasses just fish and the usual suspects. Ducks, otters, turtles, great blue herons, roseate spoonbills, Burmese pythons, and — for some inexplicable reason — lemurs all live here, too. 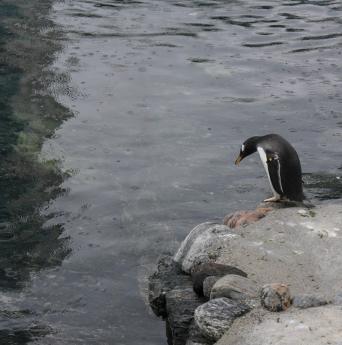 The day after I crashed the Norwegian Constitution Day parade in Bergen, I headed to the tip of the Nordnes Peninsula in this terrific city to spend some time at the Bergen Aquarium. When it opened in 1960, it was the largest and most modern aquarium in Northern Europe, although today I’d consider it fairly small — and frightfully expensive, given its size. Once I recovered from the sticker shock of the entry fee, I began to stroll around, battling vexing pop-up showers that had me darting in and out of the aquarium’s buildings and shelters. Inside, 60 tanks hold the likes of sea goldies, the toothy Atlantic wolffish, and innocent-looking yellow and regal tangs. Outside, the short harbor-seal performance was fun, but the penguin habitat definitely steals the show. I took a seat and observed these well-dressed birds reveal their personalities. The males were building stone nests for their mates as they protected the couple’s egg, sometimes swiping a rock from a neighbor’s abode. One must have worked up an incredible appetite from all this construction, as he had temporarily given up creating a home and stood next to a pail of fish, waiting to be tossed a midday snack. Two chicks had been born within the past week or two — a couple of downy, gray and white babies — and when one of their handlers gently cupped them in her hands and fed them from syringes stuffed with mashed fish, I seriously considered changing professions.