Celebrating the United States’ Independence Day is especially meaningful at Old Tbilisi Garden: On July 4, 2014, a husband-and-wife team opened their restaurant in New York’s Greenwich Village. Seven years later, it’s still one of only a handful of authentic Georgian restaurants in Manhattan.

Your first question when you arrive will be where you should sit. In the inviting rear garden, with the stone walls, the waterfall, the potted plants, and the regular musical performances? Inside, in the long and deep dining room amid the exposed-brick walls hung with art depicting traditional Georgian scenes and themes? Or outside in front, on the shady side of Bleecker Street, where you can catch snippets of conversations in almost every language among the passersby? No matter which you select, you’ll receive soft-spoken and polite service.

But that’s not your only choice at Old Tbilisi Garden. There’s also the menu, a terrific selection of traditional dishes from this Caucasus nation that will generate thoughts of planning a visit to Tbilisi, Georgia’s capital, and experience the origins of this flavorful cuisine and wine industry that goes back eight millennia. 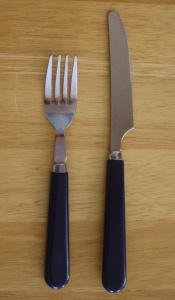 Try This: There’s a nice list of Georgian wines to select, but I went for one of the best soft drinks I’ve had in a long time—a Georgian pear-flavored lemonade-soda. A very traditional appetizer is khinkali, boiled Georgian dumplings shaped like little money bags, cinched at the top and holding some flavorful loot—in my case, Georgian herbs and sulguni cheese (a brined Georgian cheese from cow’s milk that’s tantalizingly salty and sour). For your entrée, go with the chakapuli, veal stew cooked in a thin broth of white wine, tarragon, fresh herbs, and shredded greens that starts to pack a little kick the longer it remains in the simmering clay plate in which it’s served, and accompanied by warm Georgian bread in a mini bucket. The ideali, a dense and delicious honey-walnut cake, for dessert can’t be beat.