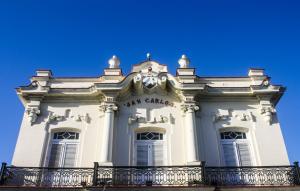 Key West, Florida, is quite literally the end of the road, the final stop along the Overseas Highway, one of the world’s top 10 drives. The richest city in Florida and one of the richest in the United States in 1889, despite its isolation, Key West’s glory days didn’t last very long: It declared bankruptcy in the 1930s. During that short time span, however, the city thrived on its tobacco factories and shipwreck salvage industry, creating handsome structures while wisely maintaining a low-rise profile better suited to survive the annual threat of hurricanes. Read about the top five buildings in Key West >