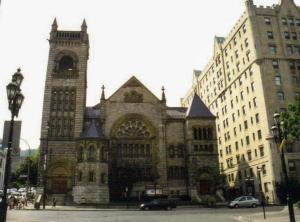 I fully expected to see plenty of Catholic churches in Montreal, founded as a Roman Catholic colony by France. But once the British won the Seven Years’ War and English immigrants arrived, Protestant churches were soon rising among their neighbors. Nicknamed “la ville aux cent clochers” (the city of a hundred bell towers), Montreal, Quebec, teems with beautiful houses of worship of various denominations, including Canada’s largest church, the third-largest dome in the world, and a scaled-down replica of the Vatican City’s Basilica of St. Peter. Read more about the top five churches in Montreal >

I am a writer and editor with 30 years of experience in my field and 45 years of travel adventures.

One thought on “Montreal Churchgoers Are Particularly Blessed”