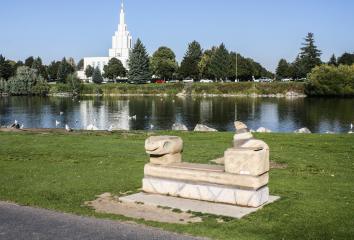 They’re the perfect spot for people watching, or dog watching, if you prefer. They’re shady respites on hot afternoons. They’re ideal for your lunchtime escape from your office. Benches invite us to relax for a bit, whether it’s to catch up on some reading, admire a renowned piece of art, enjoy a beguiling view, or spend some outdoor time with your significant other. When the benches themselves become the attraction, however, they transcend a simple place to sit. Read more about the world’s top five benches > 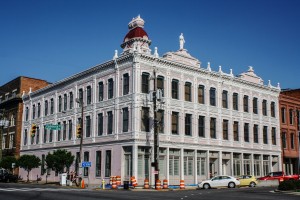 In between outdriving projected tornado paths through central Alabama and enduring a fierce electrical storm that knocked out power in my hotel in Montgomery, I had ample time to explore many of the state’s highlights, from a massive battleship to a lazy cruise on the Alabama River to key civil rights sites. Through it all, I kept admiring some remarkable structures, many of historical and architectural significance that have become national landmarks over the years. Read more about the top five buildings in Alabama >

Admitted to the United States as the 22nd state in 1819, Alabama has been producing two centuries of noteworthy events, from key civil rights movements to thrilling Crimson Tide football games to launching a highly successful eponymous country band. It has also been a place of firsts: Alabama was the first state to declare Christmas a legal U.S. holiday (1836), the first place in the world to introduce an electric street trolley system (1886), and the first place in the Western Hemisphere where an open heart surgery was performed (1902). And, of course, it keeps track of all that in the nation’s first state archival agency, created in 1901. From the hilly highland rim in the north to its white Gulf Shore beaches, Alabama is filled with more than enough sites, attractions, and points of interest to make your vacation here complete. Read about the top five things to see and do in Alabama >